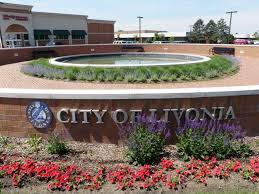 Families 5 reasons why Livonia is Michigan's ideal city for families:

1.  Safety Livonia has long been recognized as one of America's safest large cities.

Livonia has more parks and nature preserves than any Michigan city other than Detroit.  No matter where you live in Livonia, you are a short walk from a playground, walking trail, or ball field.  Enjoy one of our three golf courses.  Bike along Hines Drive.  Meet friends at the Recreation Center.  Exercise at the YMCA.  Fish, skate, or just relax at Newburgh Lake.  There's something for everyone.

4.  Value Lowest city taxes in Wayne County.  Services second to none.  It's that simple.

5.  Community Spirit This is what defines Livonia.  Downtowns don't make a community; people do, and Livonia's people embody a community spirit that makes us truly unique from our neighbors.  Unlike so many modern suburbs, Livonia is more than an address; it's a home.  It's why we see so many grown children returning to raise their families.  They know that Livonia is the ideal place to live and raise a family.

"Livonia is in the center of everything!"  Often said and quite true.

Livonia splits the distance between Ann Arbor and Detroit and between Metro Airport and Oakland County.  With unrivaled access to major freeways, Livonia puts you in the center of it all.  We're 29 minutes or less from just about anywhere in Metro Detroit - Kensington Metropark, the Detroit Zoo, the Henry Ford, the Woodward Corridor, the lakes of the northern suburbs, downtown entertainment, shopping, dining...

For that matter, you don't even need to leave Livonia for great shopping and dining!  Plus, we're central to all of Metro Detroit's major health care centers, including the award-winning St. Mary Mercy Hospital right here at home.